I feel like June flew by, does anyone else feel like that!? And i really do need to get better at uploading these in time… So apologies for that.

A lot has happened; a mix of BBQ’s, catch ups with best friends, Isla’s birthday and helping with a house move.

I have to admit that I am exhausted, and my few days of respite at the end of this month truly cannot come any quicker. I’ve said this before, but I really do think I’m lacking in Vitamin D and as nice as the heatwave was recently, it’s true what they say… the sun just isn’t enough to bring those levels back up to something resembling ‘SUFFICIENT.’ 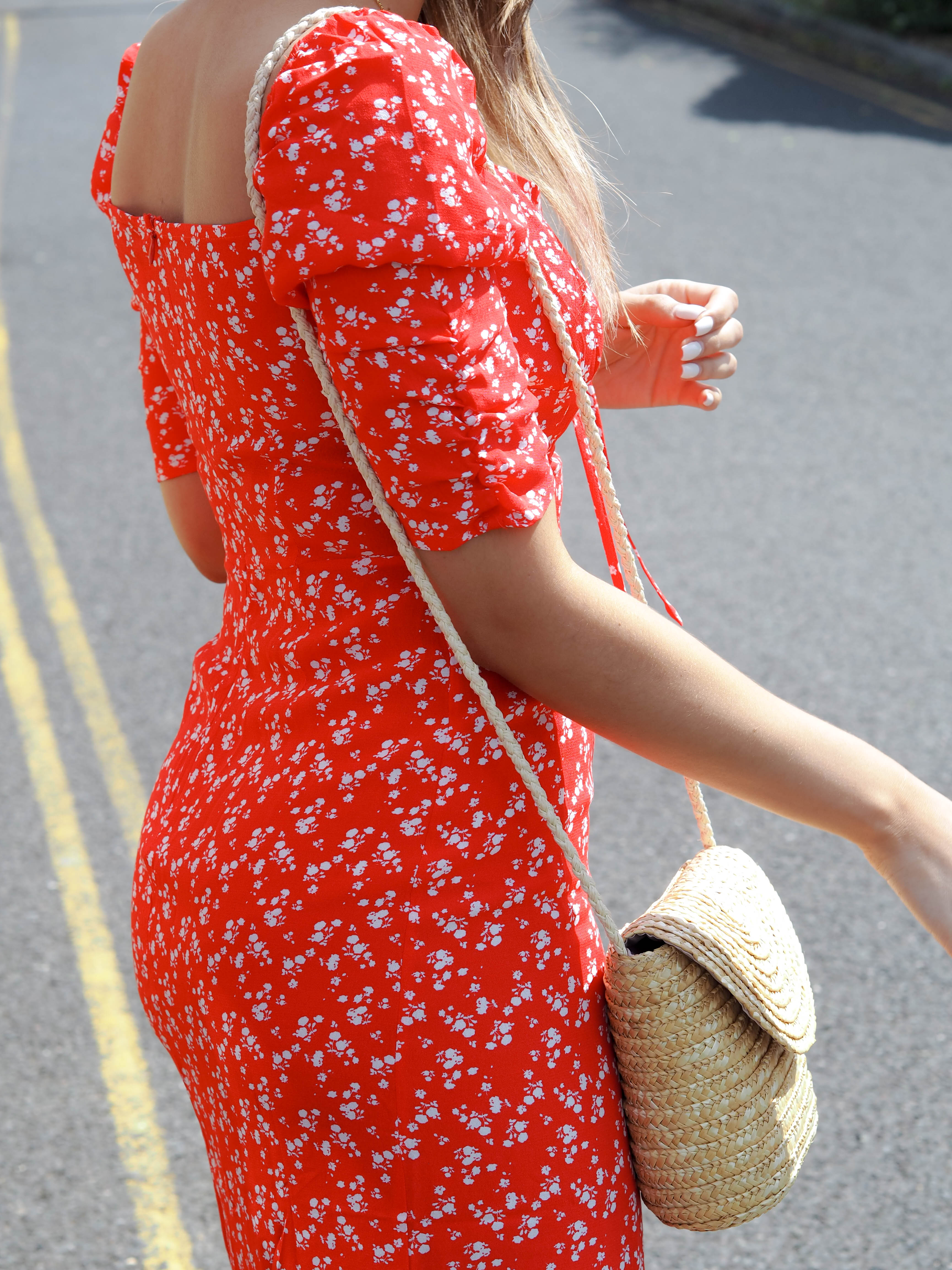 I was going to do two separate posts about what I’ve enjoyed over the month of June, but I’ll be honest, a brief look back just wasn’t cutting it so here we are guys. Ready?

I really did try to rein it in with the clothing purchases, and in some ways it did work – I finished the month with a lot more in my bank account than I expected, which meant that I’ve paid a trip off a lot quicker than I’d hoped.

I managed to get the two pairs of trainers that I’d been lusting after for quite some time – the black Converse high-tops and of course… a pair of the ever popular Veja’s.  I’ve loved wearing my Converse with mini dresses, adding a rough edge to the look (alongside my leather jacket) and the Veja’s with midi or maxi dresses because I find they complement the look a lot better.

I also managed to get my hands on the beautiful black top with organza sleeves from Zara – I’ll admit I’ve not had an occasion to wear it just yet, but I’m thinking all black outfit with a burst of red in a little bag. CUTE.

Finally, this month I managed get my mitts on a beautiful pearl inspired headband that I’ve been fully obsessed with. I popped it on and I must admit I was getting princess-vibes, and the good news is that it was only around £10! Because it’s such a standout accessory, I’ll definitely be keeping my outfits low key to allow for it to do all the talking.

I have to say, now that I’ve finished my first bottle of the stuff, Paula’s Choice pore reducing toner has been such a surprise favourite to me over the last few months.

I recently ran out of my favourite cleanser, and after having a mild panic over trying to decide on which new one to go for, I realised that my skin actually really liked the fact that I wasn’t using much on it?! So since then, I’ve stuck with washing my skin with just water and using the Paula’s Choice toner afterwards. If I do have a bit of a breakout, I top up with a bit of the Paula’s Choice BHA Liquid Exfoliant (shout out to Hannah Gale for bringing this beautiful product into my life xox).

Aside from skincare, all things beauty have been quite quiet recently because I’ve been wearing less and less make up. If you do have any suggestions for getting rid of dark circles though, do let me know because that is the one thing I am really struggling with!

I finally managed to get up to date with Riverdale, although I wish I hadn’t bothered – does anyone else feel like that!? It’s definitely one of those shows that I feel obligated to carry on with because we’ve got this far… right?! A bit like Pretty Little Liars, I’m almost expecting Jellybean to turn around with a God awful British accent and be the mastermind behind the whole debacle.

It’s a pretty small list this time around, I have to admit that June was pretty quiet on the reading, podcast listening and television side of things. The month flew by so quickly that I hardly know what I did! I do promise to try and be a bit more organised in the future to get this out earlier, perhaps at the actual end of the month next time around!

Megs’ new space to discuss mental health openly, without judgement, Listen Louder. Check out the podcast here.
Mish’s guide on creating more thoughtful content.
Corrie’s guide to visiting Disneyland Paris on a budget.
Throwing it back to Kate’s banana bread recipe because it’s just my favourite.
For a very real and raw insight into giving birth, take a look at Kenza’s birth story.