A few weeks ago, I stumbled across a tweet where a woman berated new mum Millie Mackintosh for sharing a photo of herself in a swimsuit on Instagram, where she felt empowered by her body after having a baby. This woman didn’t find Millie’s photo ‘relatable’ and repeatedly used that excuse as a reason to bring her down on another platform, even though she’d gone to the effort of unfollowing her.

What I took from this was that this woman had never had children – she hadn’t gone through the journey of watching her body change dramatically to house a baby, then have to get used to it, and accept her new body as a result.

I understand this subject is so sensitive, and I guess it’s been playing on my mind since I saw this tweet because I’m personally still not over my body changing since having Isla, and could see why Millie would be struggling.

Seeing your body change before your eyes to accommodate a baby is incredible, and for me – now at least, I actually feel more confident in my body now that I have a bump again.

A lot of women I know grieve and struggle to come to terms with their new shape when they’ve got a bump. Prior to this, they may have been trying to accept themselves and suddenly it really is out of your control.

I remember after Isla was born, I’d obsessively look at my body pre-baby, specifically my belly button and even Googled whether I could potentially get surgery to get the innie I’d previously had because the loose skin and red stretch marks around it really bothered me. I hated the linea nigra going down my stomach and knew that because my mum still had a very faint one of her stomach, even 21 years later, mine was likely to never disappear, and it’s even more prominent this time round. My boobs were perky but flat due to breastfeeding, my nipples were darker and bigger, and there was no way they’d look the same again.

Eventually my waist re-appeared, and a few years later, my belly button tightened up a bit but it was never the same. As recent as this year, I would still sneak a look at photos of myself before my first baby and yearn to look like that again.

I’d lived with that body for 20 years, I actually liked that body, and although I got back to the same size, it wasn’t the same; it had all changed and it wasn’t what I was used to. Regardless of your size (because I really don’t think it matters), those small things like your belly button or the change in your boobs, or the line down your stomach can be difficult to get used to.

I’d tell my colleagues about how I felt like I was walking around in someone else’s body because it truly did feel like that, so when I found out that I was pregnant again, I felt a lot better in myself.

The first time round, my body had changed to carry a baby, and once everything started to expand; my boobs, my belly, my hips and thighs, it just felt right to look that way again. I’d happily walk around naked or in my pants – the line on my stomach surrounded my belly button, which had popped out very early on and my hips were even wider than before but it felt right because I had a reason again, my body felt like it returned to its purpose, 8 years later.

I often look at myself in awe and think about how amazing it is that we’re able to grow tiny humans. I stroke my bump to get a reaction from him and watch how his little hands, elbows, knees, feet and bum jut out and run under my skin.

I like the way I can see my shiny stretch marks around my belly button, the endless amount of veins popping up all across my chest and stomach to pump as much as 50% more blood around my body to accommodate my baby. It’s incredible. My boobs are bigger, fuller, heavier, but I like them. I have no waist but that’s fine. I’m excited to wear jeans again but I’m also going to miss this bump. With just two weeks to go, I’m already sad that it’s nearly over because I’ve loved it. I’ve loved it all. The sickness, the tiredness, the struggle through the heat, the waddling, the tossing and turning through the night.

Yes, the media have a lot to answer for because like many people, I have a specific way that I expect my body to look and now that it doesn’t look like that anymore. It feels foreign and wrong, when it isn’t – I am so aware of that. If you don’t bounce back within a week of pushing your baby out, then you’re gross.

“why does her stomach look like that?”
“is there still a baby in there?”
“that is disgusting, she should cover that up.”

And you know what? I’ve enjoyed showing it off and documenting it all too. It’s not everyone’s cup of tea and I sure as hell don’t expect everyone to find it relatable but I feel empowered by what my body is doing – Millie felt empowered by what her body had done a mere 12 weeks prior to posting that photo.

The thing about the internet is that you’re never going to know what people are going through, especially mentally.

Allow mothers the chance to miss their old bodies and, especially, embrace their new ones – whatever size they may be, whether their body parts have changed. No battle is the same. It’s such a hard hill to climb when you’re spinning new plates that you’ve never even had to consider before. 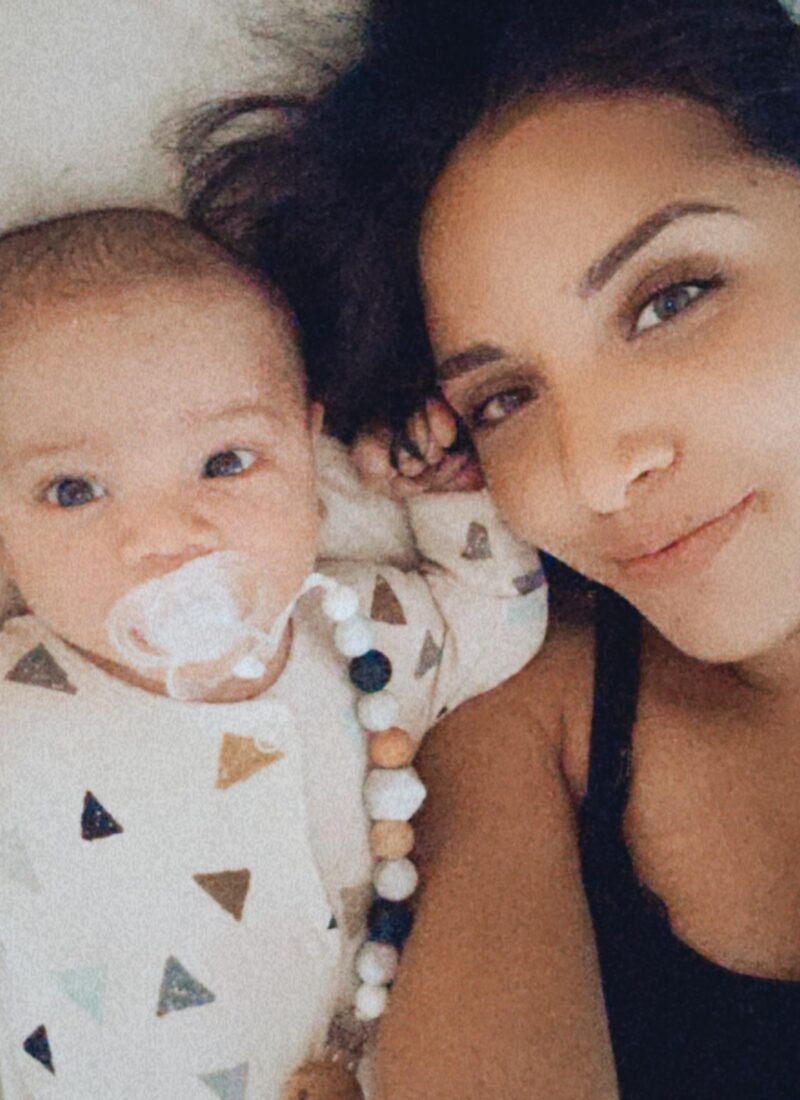 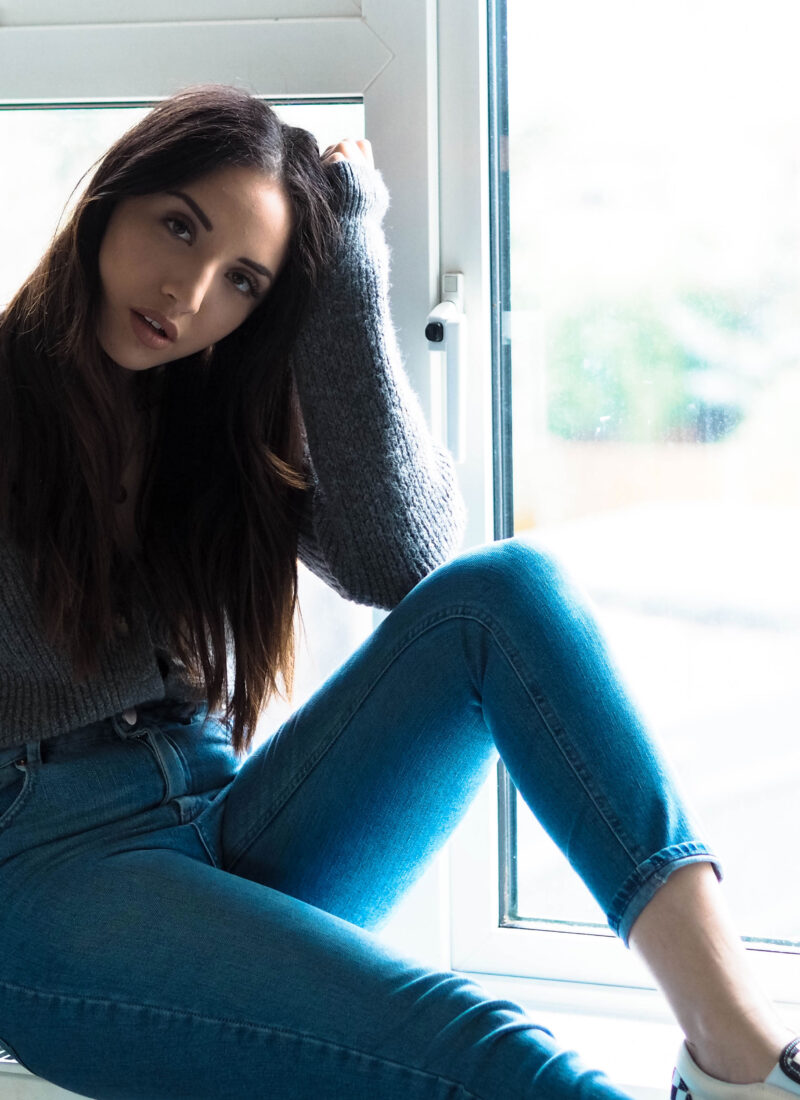 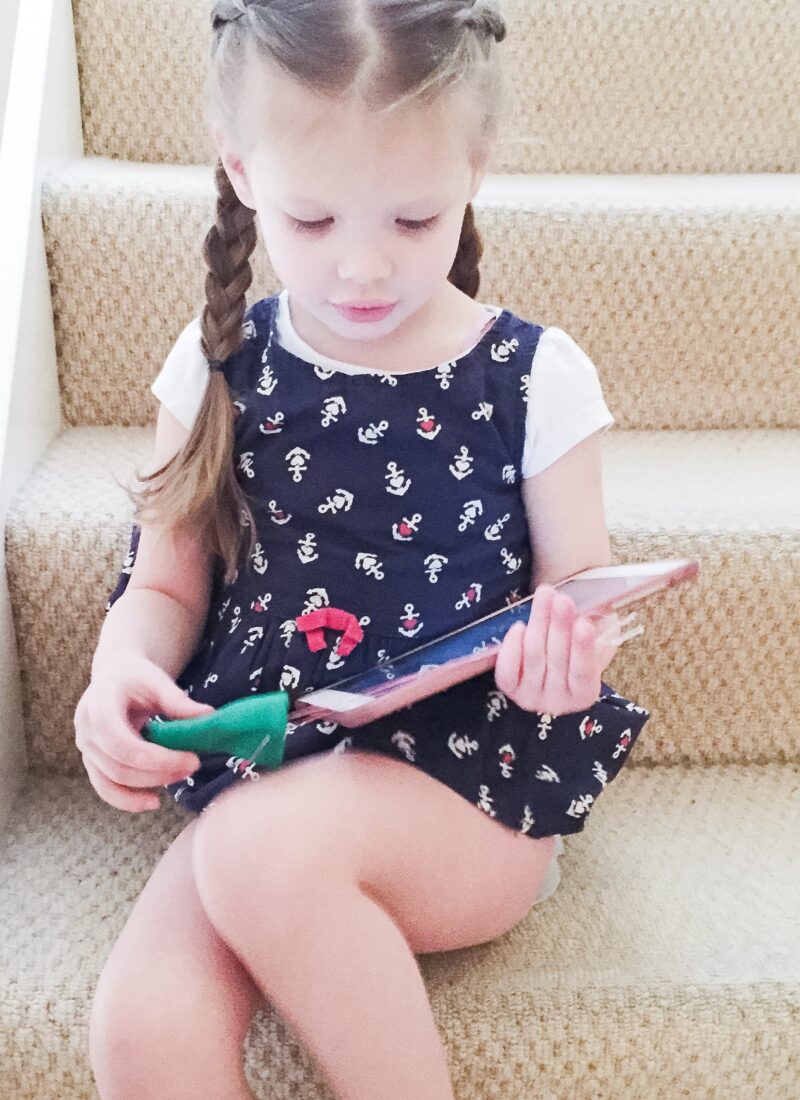 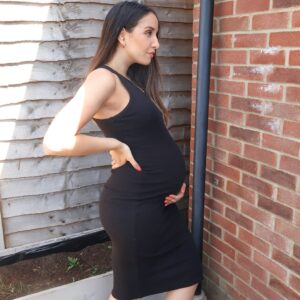